Amy Egbers is a Dutch mezzosoprano.
Her carreer started when she was 14 in musicaltheatre, but her classical debut in 2013: ‘The West Side Story” in ‘Het Concertgebouw” in Amsterdam. This experience made her fall in love with the classical music world. In 2014 she sang in her first Opera in Admiralspalast Berlin: ‘Die Stumme Serenade” by Erich Korngold.  After that she started her Classical Voice Bachelors at the Conservatory in Tilburg which she graduated Cum Laude in 2018.
During her education she was taught by: Miranda van Kralingen, Harry Ruijl en Edward Hoepelman.
Her final exam was nominated for the ‘entreeprijs’ by theatrefestival Boulevard. It was a nomination for most innovating new theatre/music artist. In this same year she also made her debut as a soloist at the Dutch National Opera during the Opera Forward Festival. In a newly Composed opera titled: ‘Het Spel”. Composed by the Aruban Composer Xavier Geerman.

After her bachelors she gained some experience in severel productions, some selfmade and new, others more traditional, for example: Suora Zelatrice in Suor Angelica, and Alto solo in Mendelssohns Elias.

After her Bachelors she also continued private voice studying, and in 2021 she completed the curriculum of the Berlin Opera Academy. 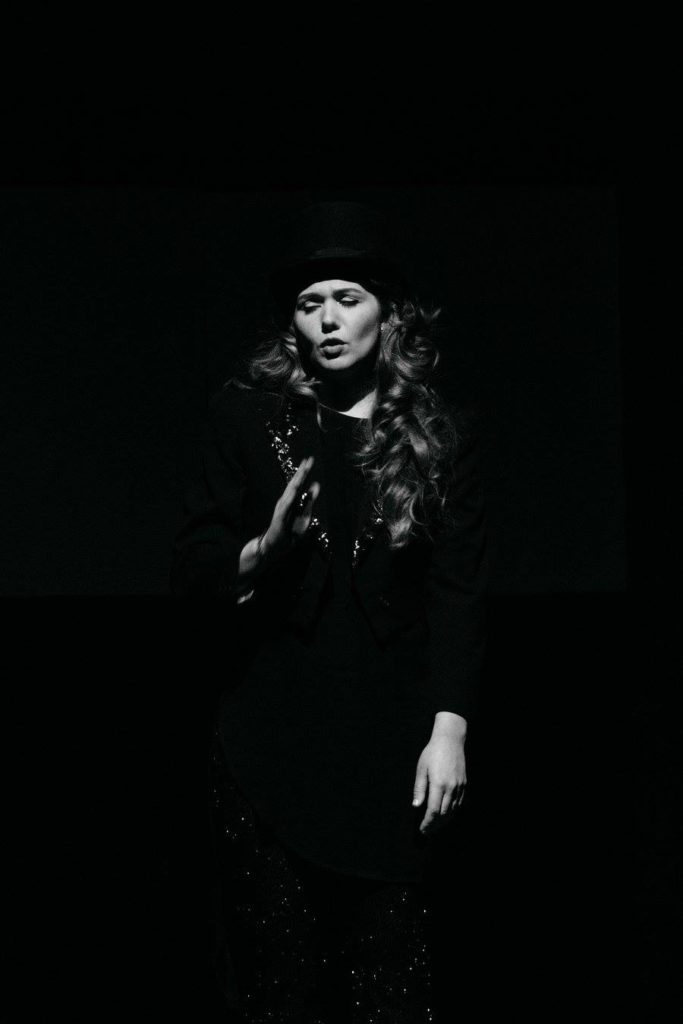